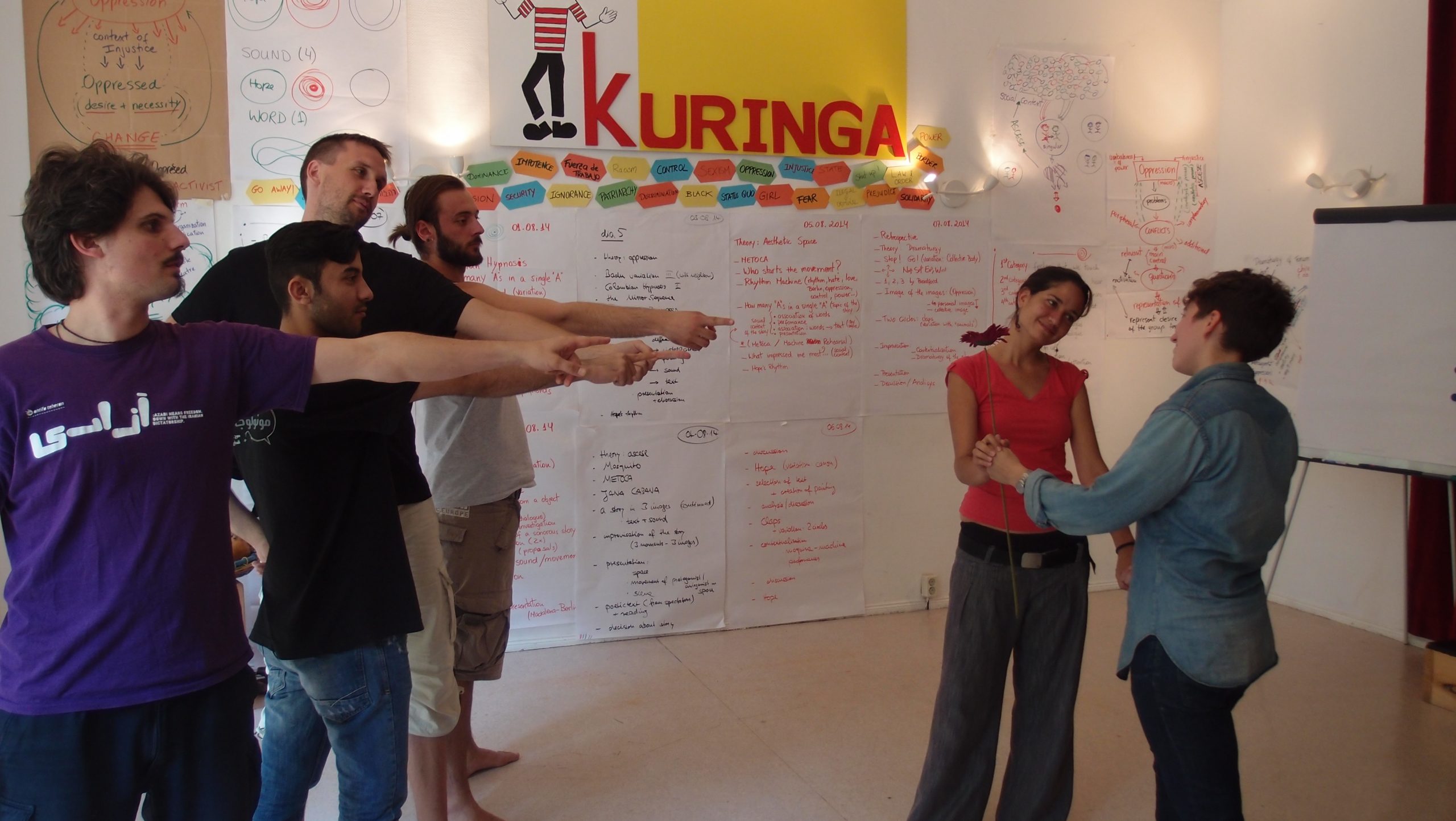 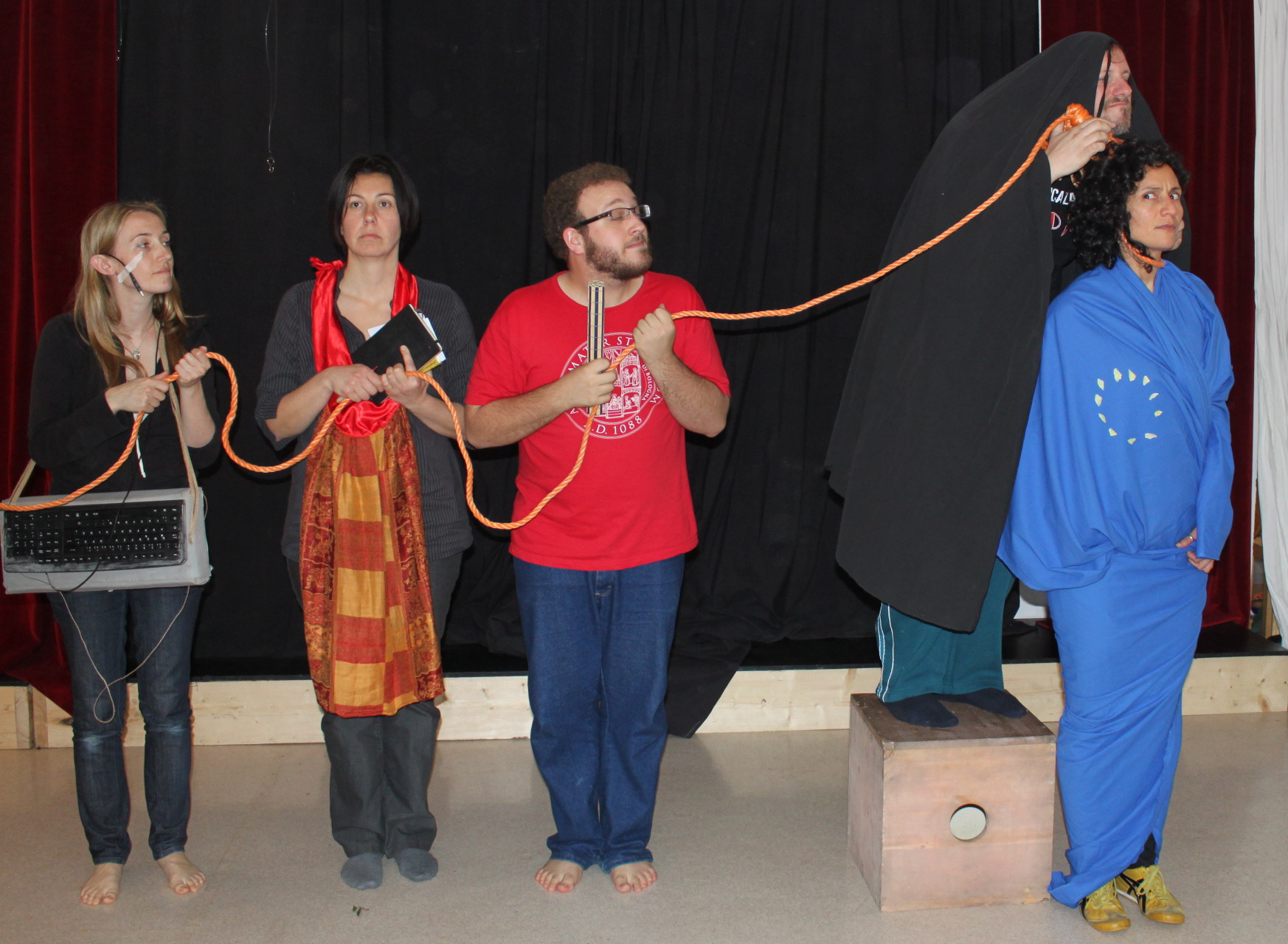 In 1973 in Peru the impossibility of communicating verbally in the same language presented a challenge for the collective work. The spoken and written word could not be the centre of the group’s activities despite constituting the project’s final objective. In that context, Augusto Boal started developing Image Theatre based on non-verbal language. In this theatre technique, questions, problems and feelings were represented in specific individual and collective images. Understanding the facts presented was sought starting from reading body language. The image is real as an image i.e. it exists in the moment as a concrete reality, and at the same time, it represents a separate lived reality.

In the Image of the Familyii, for example, participants create human sculptures to present their understanding of a word’s meaning. For the exact same concept, one person would make a sculpture with four people: a father, a mother, a son, a daughter. Another participant would need twenty volunteers to express her idea of family. Depending on the group’s size and cultural diversity, the concept of a FAMILY can provoke a wide variety of representations. Instead of explaining what it means, the people create representative images. Seeing the image, everyone can understand the meaning of the term in their own way.

Many times we hold the illusion that words are efficient for communication. However, they are not always used to reveal thoughts or positions; they can also be used to confuse and hide them. People can hide themselves behind words. Augusto Boal used to say that the body doesn’t lie, it would not deceive us. This is why the effectiveness of Image Theatre extends not only to different languages. It is very useful in facilitating sensitive communication.