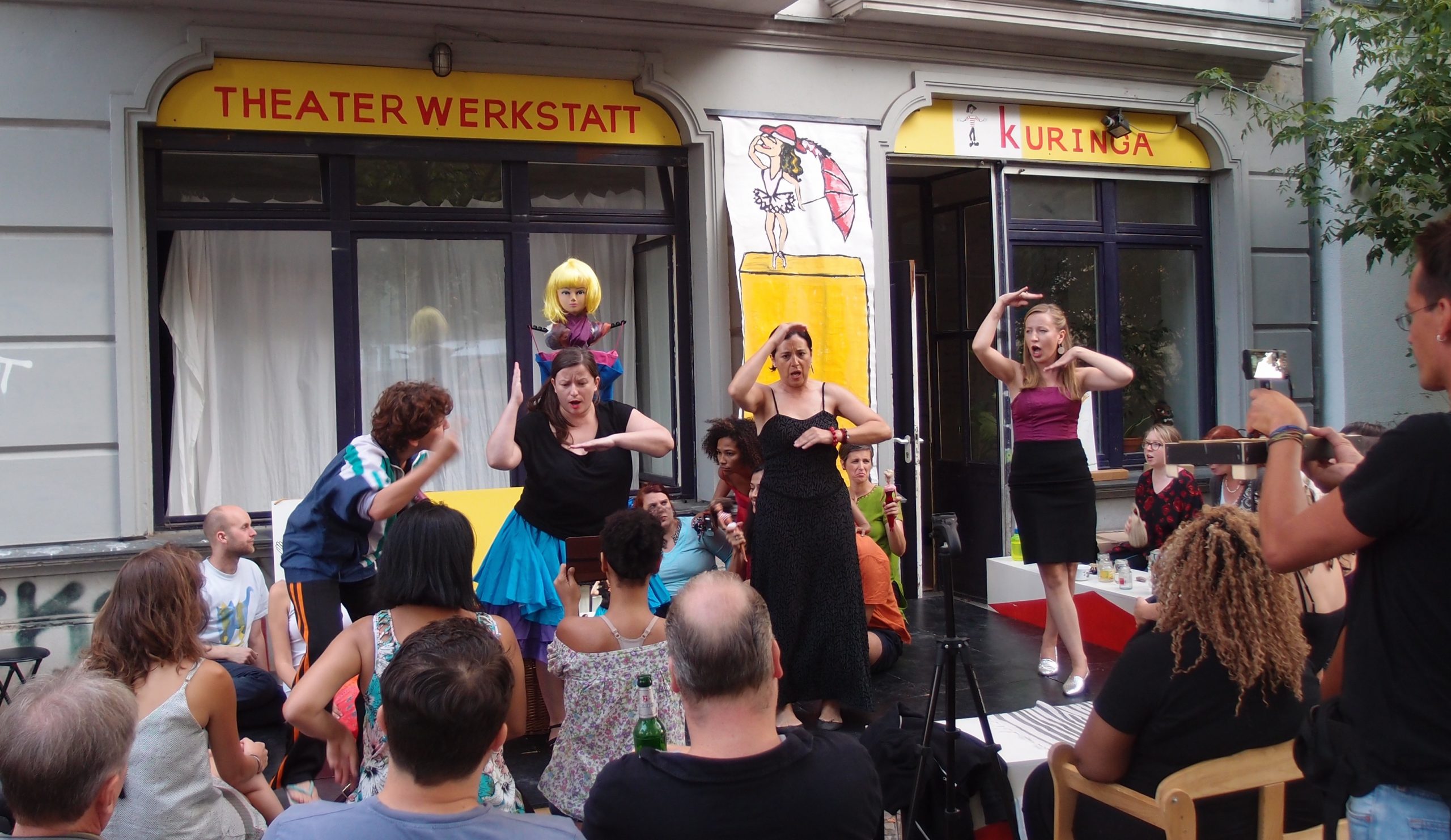 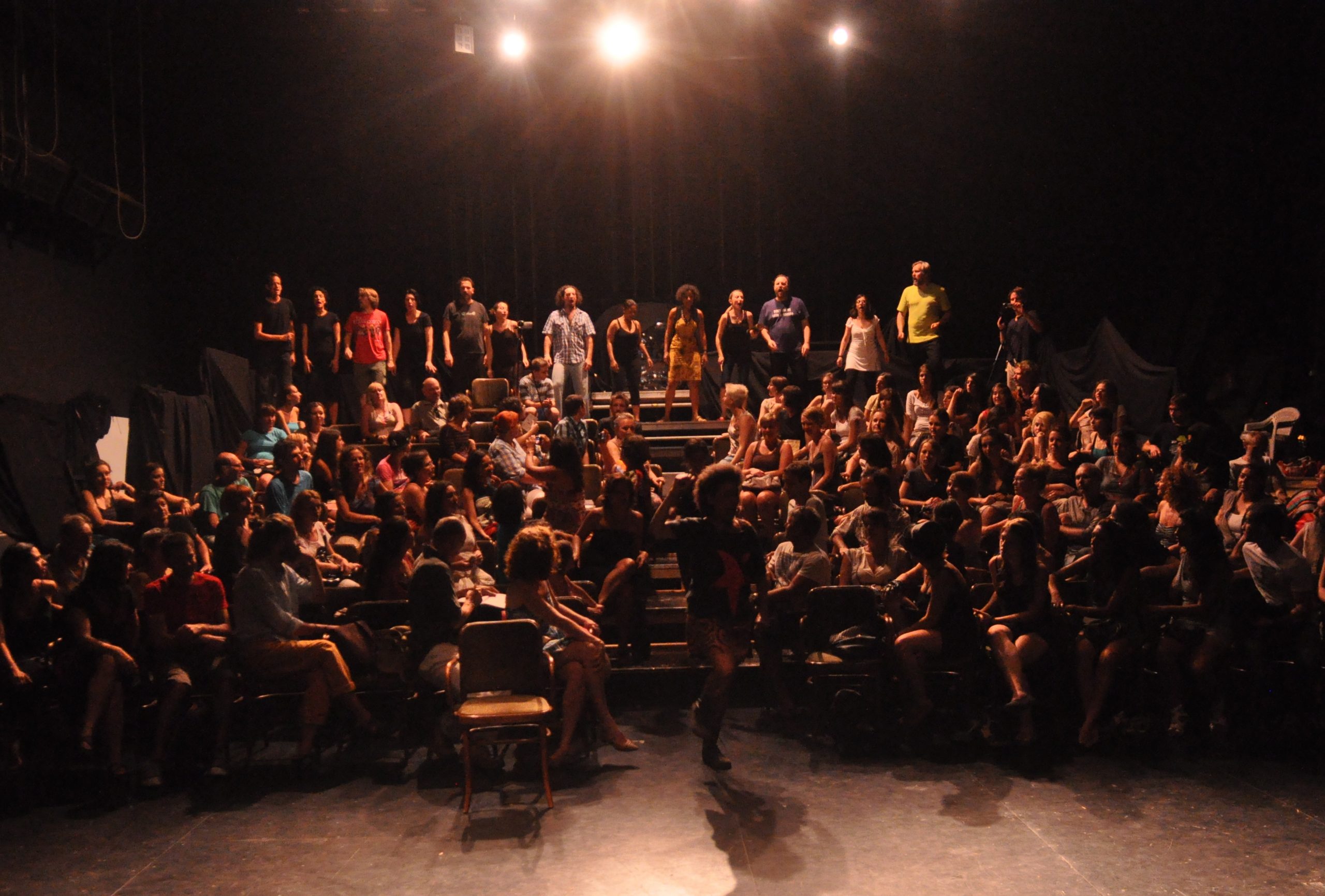 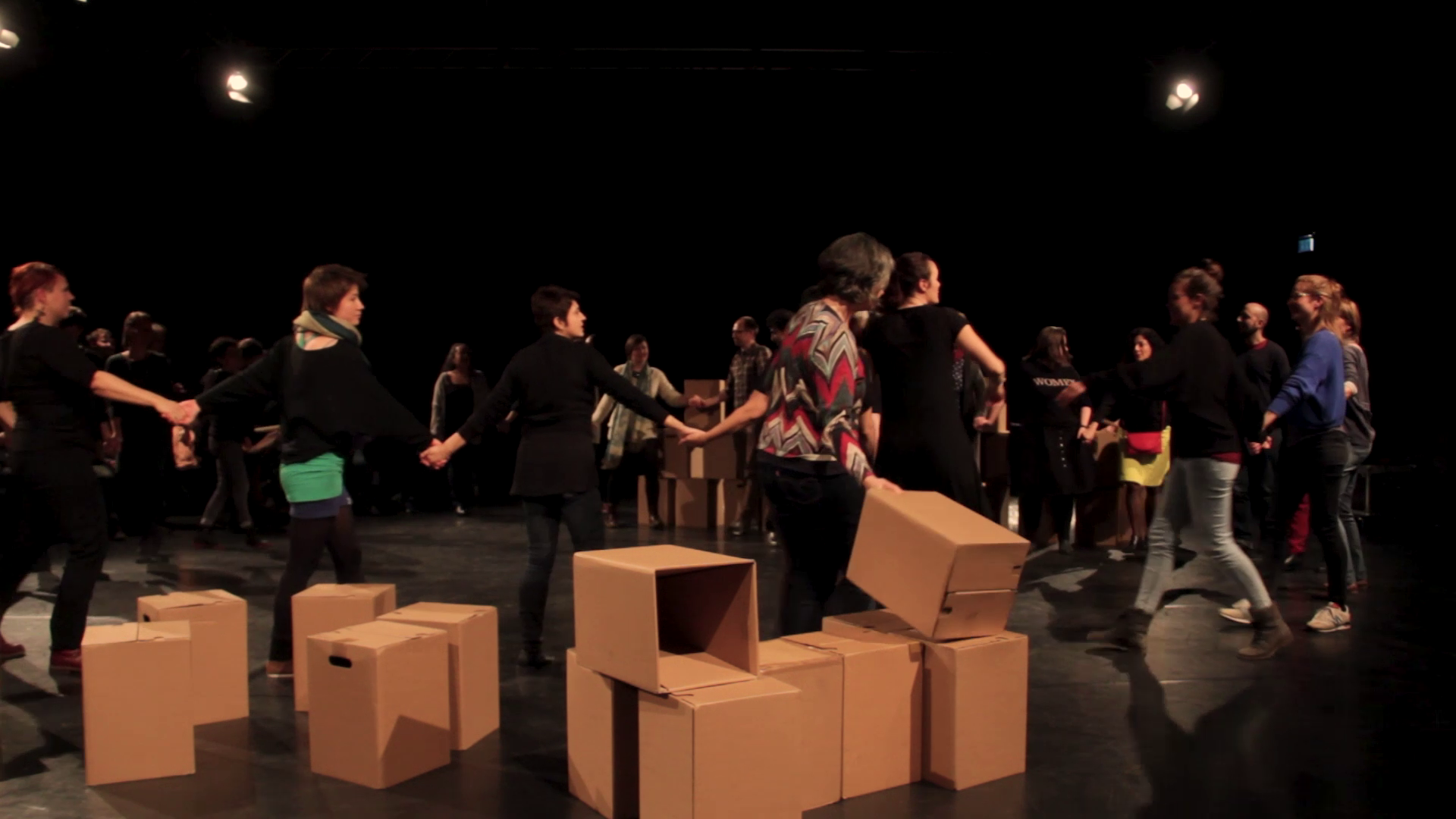 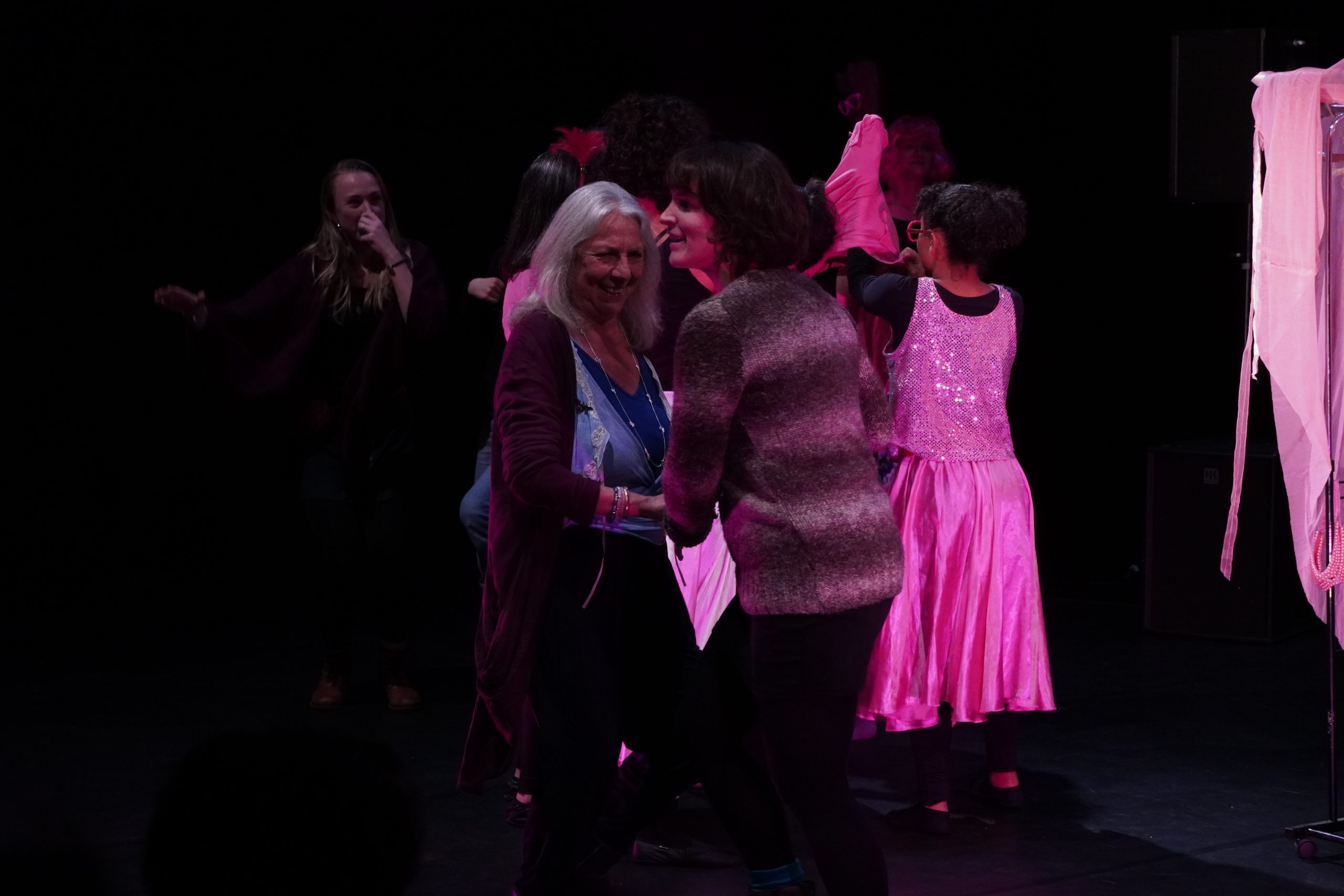 The aim of this technique is demolishing the barrier between stage and audience and implementing direct dialogue. The staged representation of a real problem is produced by the people who experience that problem. The oppressed groups and their oppressors thus come into conflict in defence of their respective desires, interests and needs. The staging is presented as an open question to the audience. After seeing it, the audience is invited to go on stage, intervene in the dramatic action and seek alternatives for the transformation of reality.

In Forum Theatre, those who tell the story are also those who perform it. And those who improvise the alternative are those who suggested it based on their own perspective and possibilities. People make proposals on their own behalf, with their own body, voice and life experience.

Theatre of the Oppressed proposes the elimination of the barrier between the stage and the audience so that a free passage of artists and spectators can be established. Spectators are invited to also act as artists and social subjects, producers of culture and knowledge in a playful and democratic space for horizontal and propositional dialogue.

For the dialogue to be truly horizontal, the protagonist must not be an object of charity for the spectator who takes to the stage to save the “poor wretch” from her own ignorance and incompetence. The horizontality of dialogue presupposes the establishment of an environment of solidarity. In this environment, the spectator perceives the relationship of interdependence between the struggle shown on stage and her own struggle as a citizen. She takes the stage searching for alternatives which would in the end benefit them both, in acknowledgment of the injustice imposed on the protagonist and the legitimacy of her demands. The environment of solidarity presupposes a relationship between subjects.