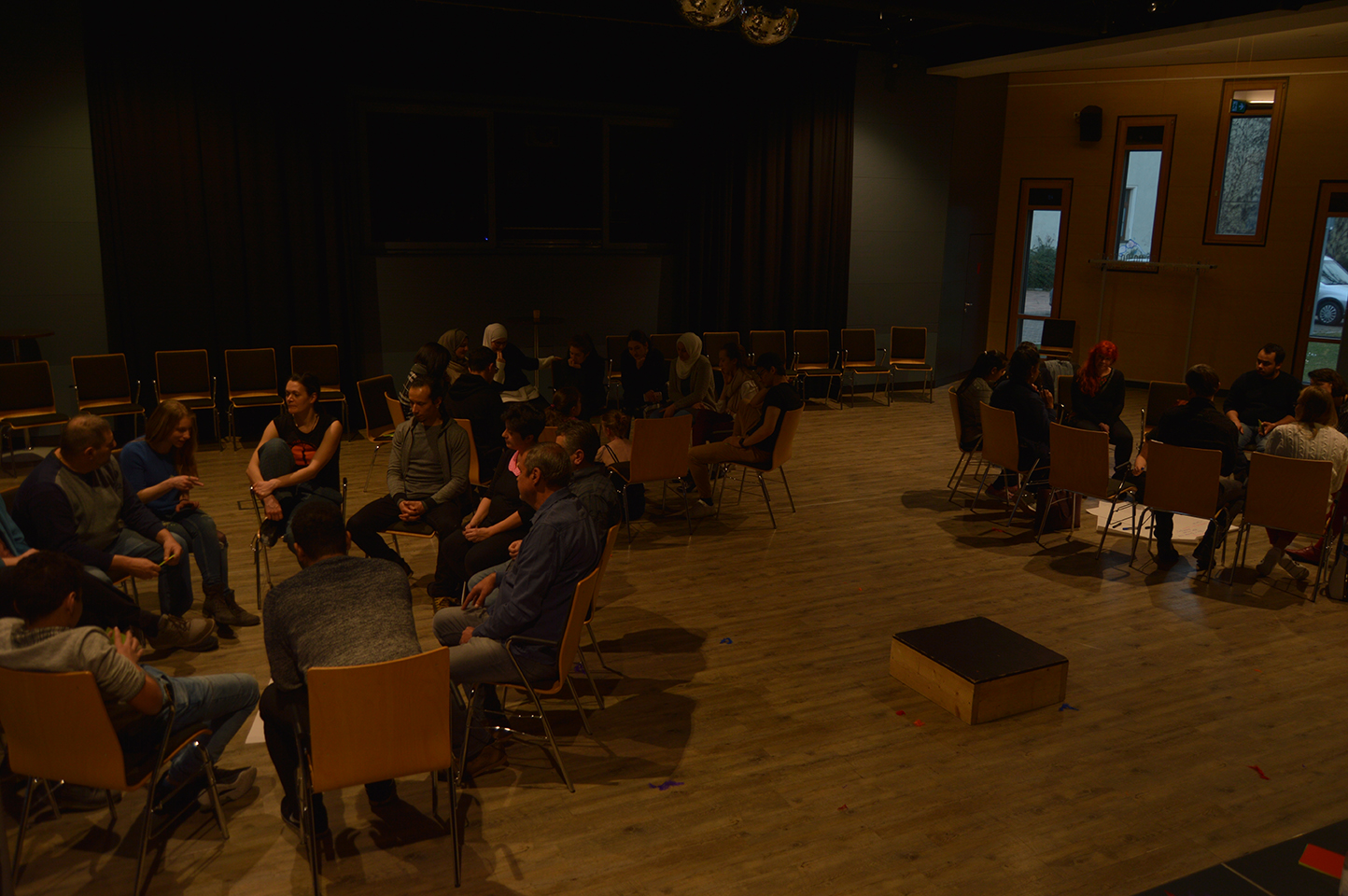 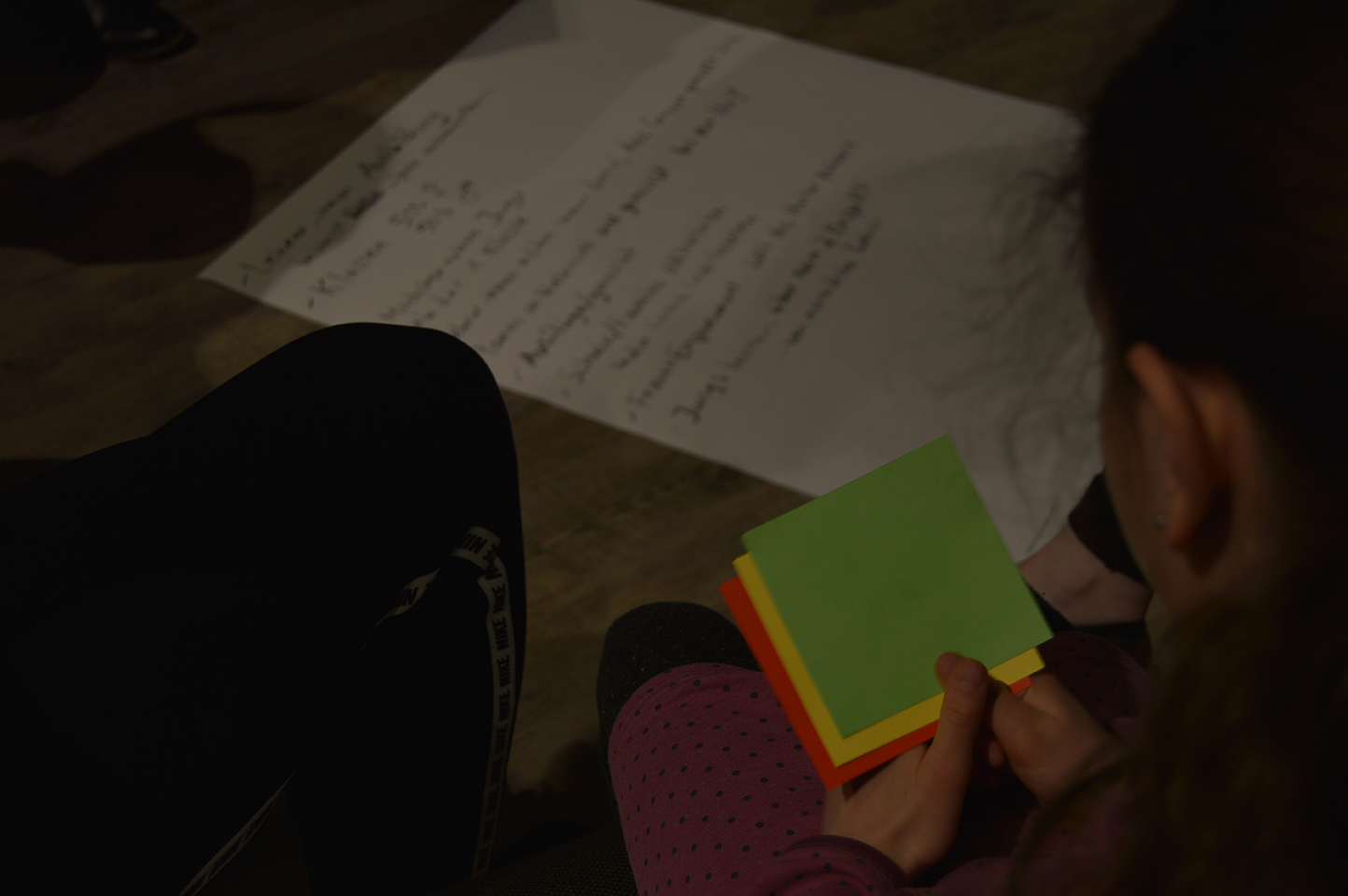 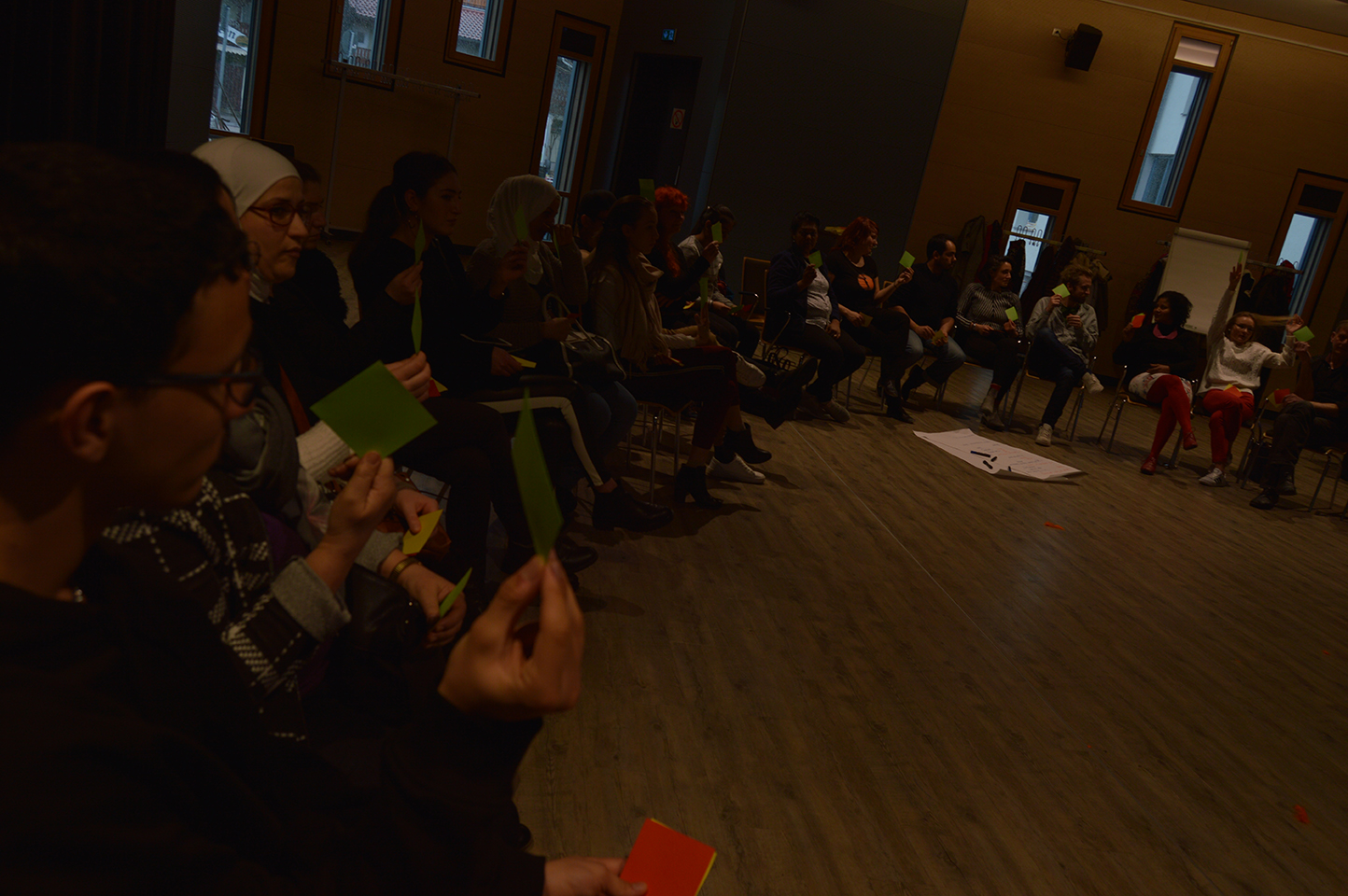 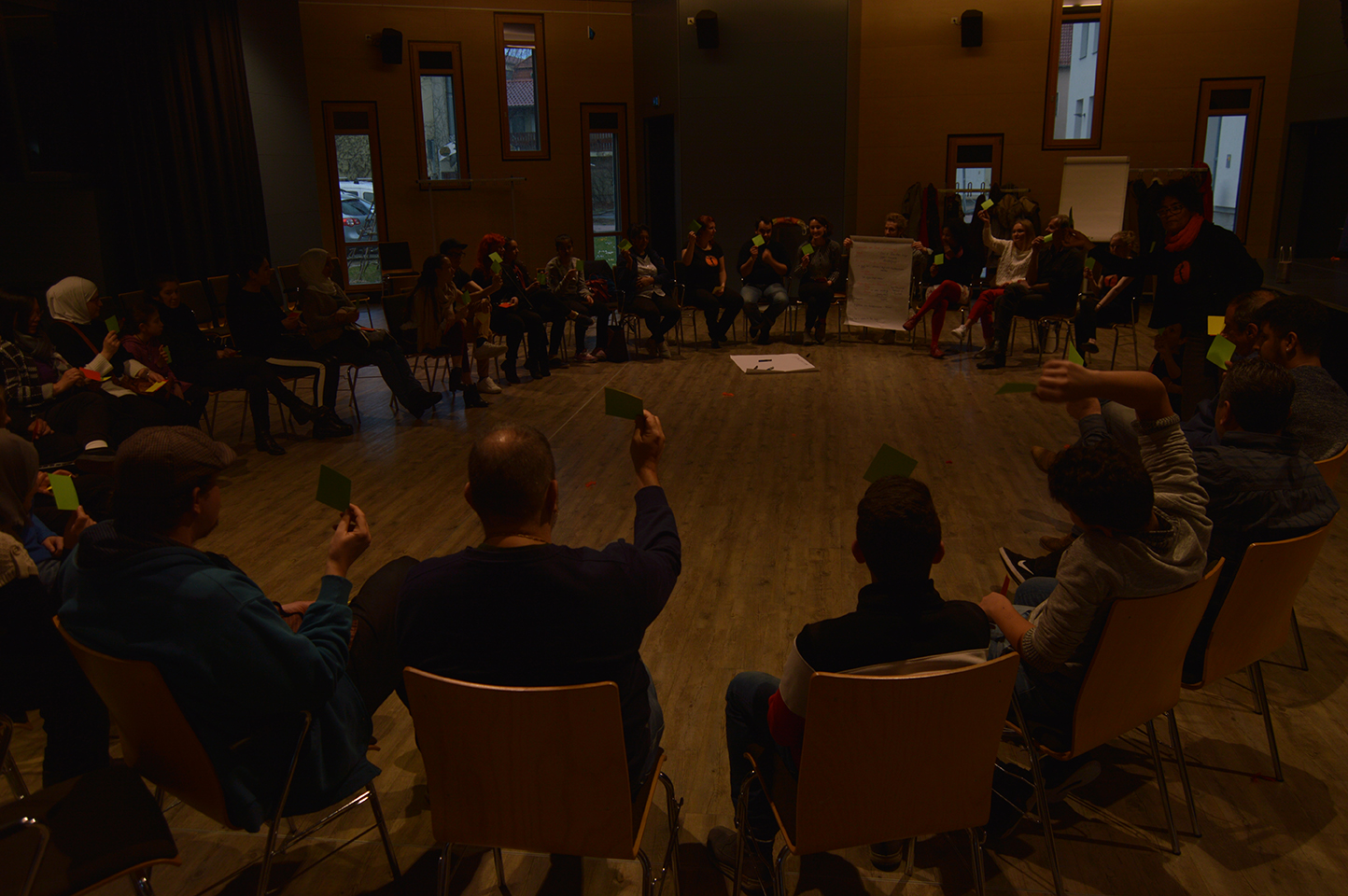 The Legislative Theatre experiment commenced in 1993 with the beginning of Augusto Boal’s councillor mandate in the city of Rio de Janeiro. It was an alternative in the face of the need to go beyond theatre staging and bring about specific real life changes.

The Legislative Theatre sequence starts with Forum Theatre: audience members go on stage to act out their alternatives and also write suggestions for the creation of proposals to be analysed, systematised and voted. The round of discussions allowed participants developing their proposals.

At the beginning of the event, each person received three colour cards for use during the voting: Green for approval, Red for rejection and Yellow to abstain. After discussion the audience members can vote according to their views.

City Councillor Augusto Boal’s mandate proceeded to send 33 propositions to be drafted into law. All of these originated in processes including direct citizen participation. The reality of life was a starting point and a source of inspiration for creating Forum Theatre. Legislative Theatre was the possibility of seeking to transform that reality.

Legislative Theatre did not refer only to questions directly linked to legislation. It could address the creation of a new law or the modification of an already existing law. It could also refer to a claim for specific policies, or organising a public action, a petition or another form of mobilisation.

In Theatre of the Oppressed, it is not sufficient to make theatre. Staging must provoke reflection and encourage action. In that sense, Legislative Theatre is an effective response. Nevertheless, bringing about changes only through a direct relationship with parliament can be insufficient. As broad as the meaning of “legislative” can be, it is necessary to consider and seek other types of coordination to reach the goal of overcoming injustice.

“Concrete and Continuous Social Actions” express the idea that to be a citizen does not mean merely living in society, but taking action to transform it, carrying out concrete interventions and generating the continuity that could lead to necessary, desired consequences.

The trajectory of developing a feminist perspective for the practice of Legislative Theatre carried out by the group Madalena-Berlin between 2016 and 2019.