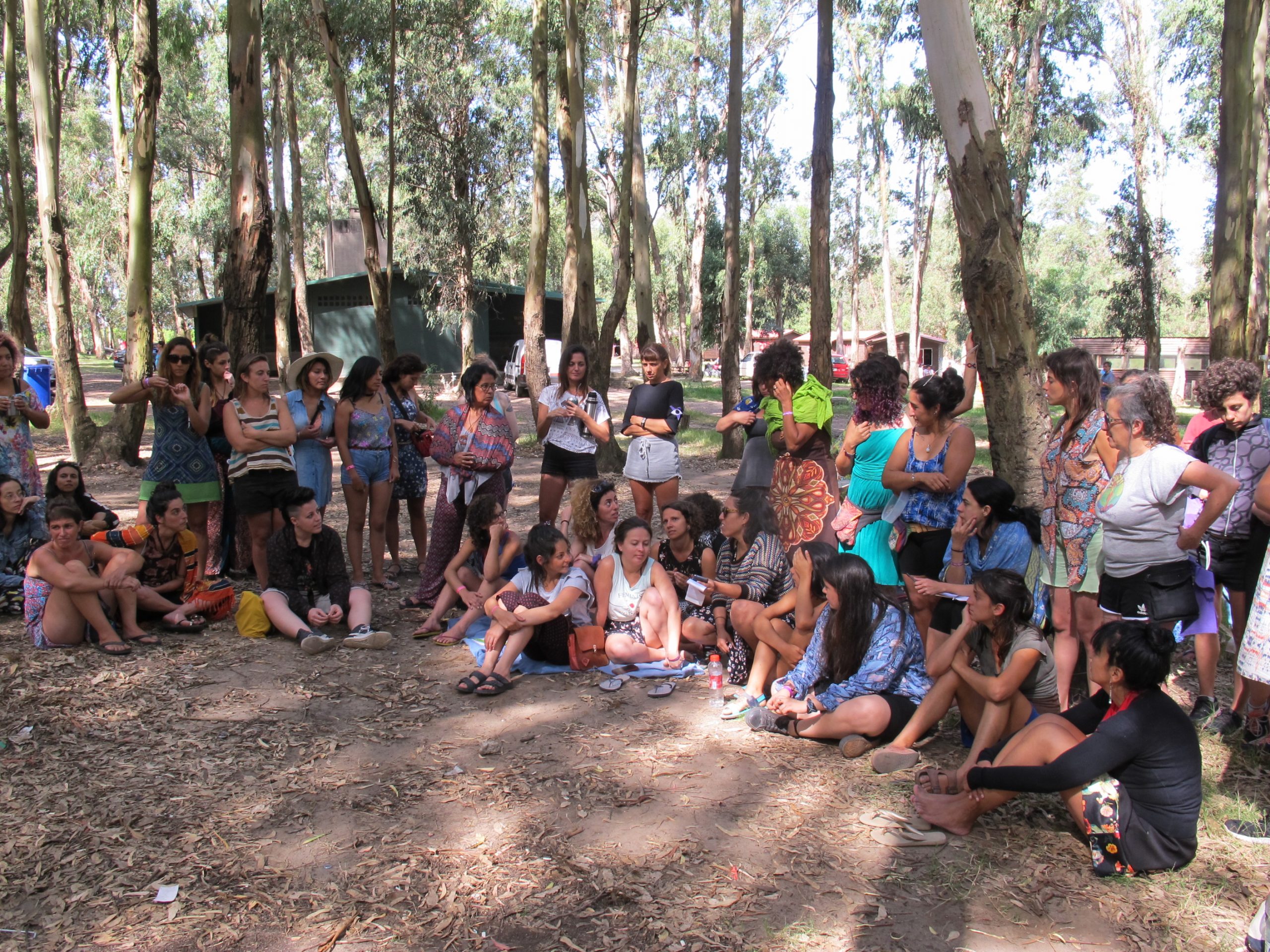 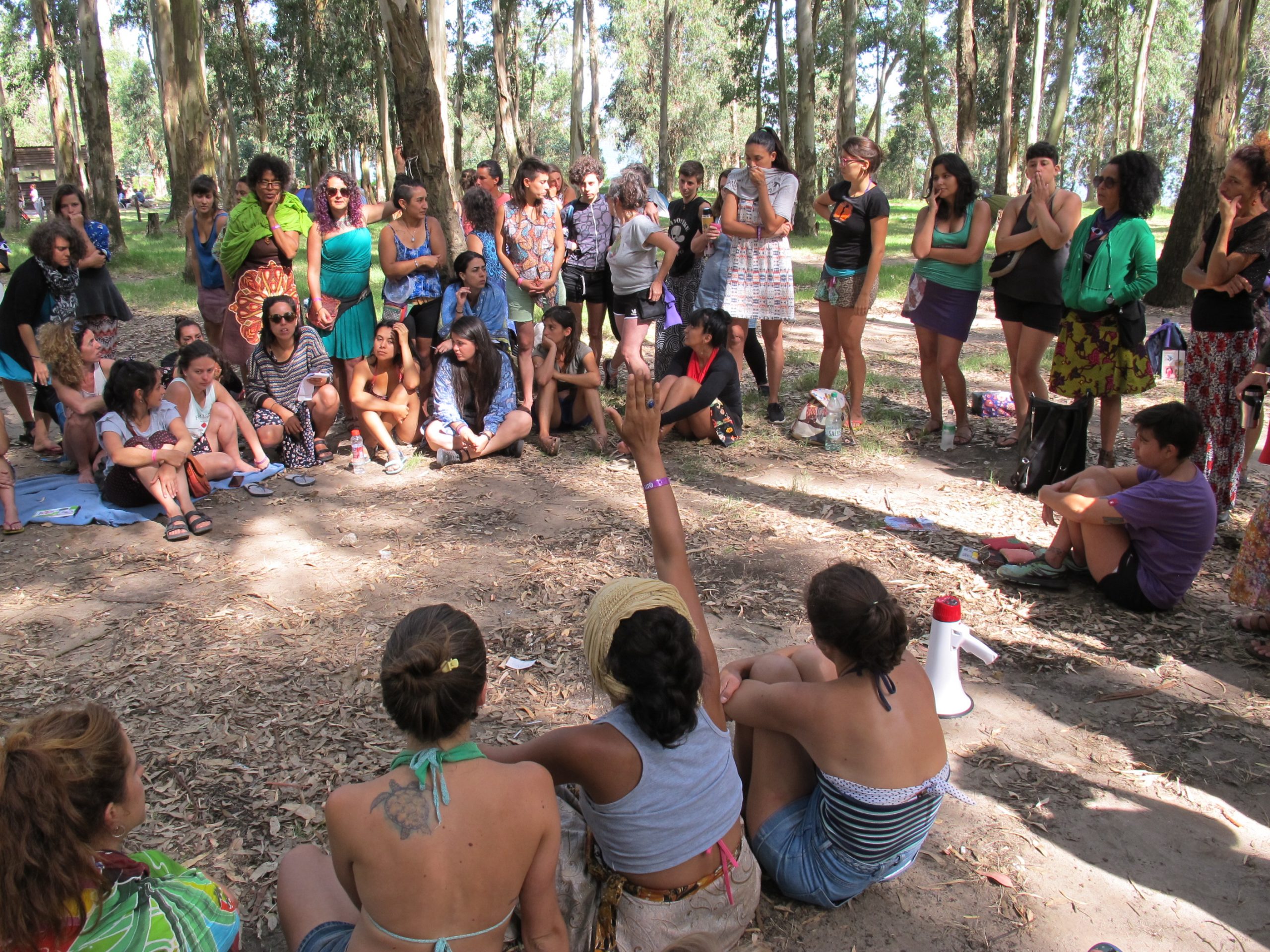 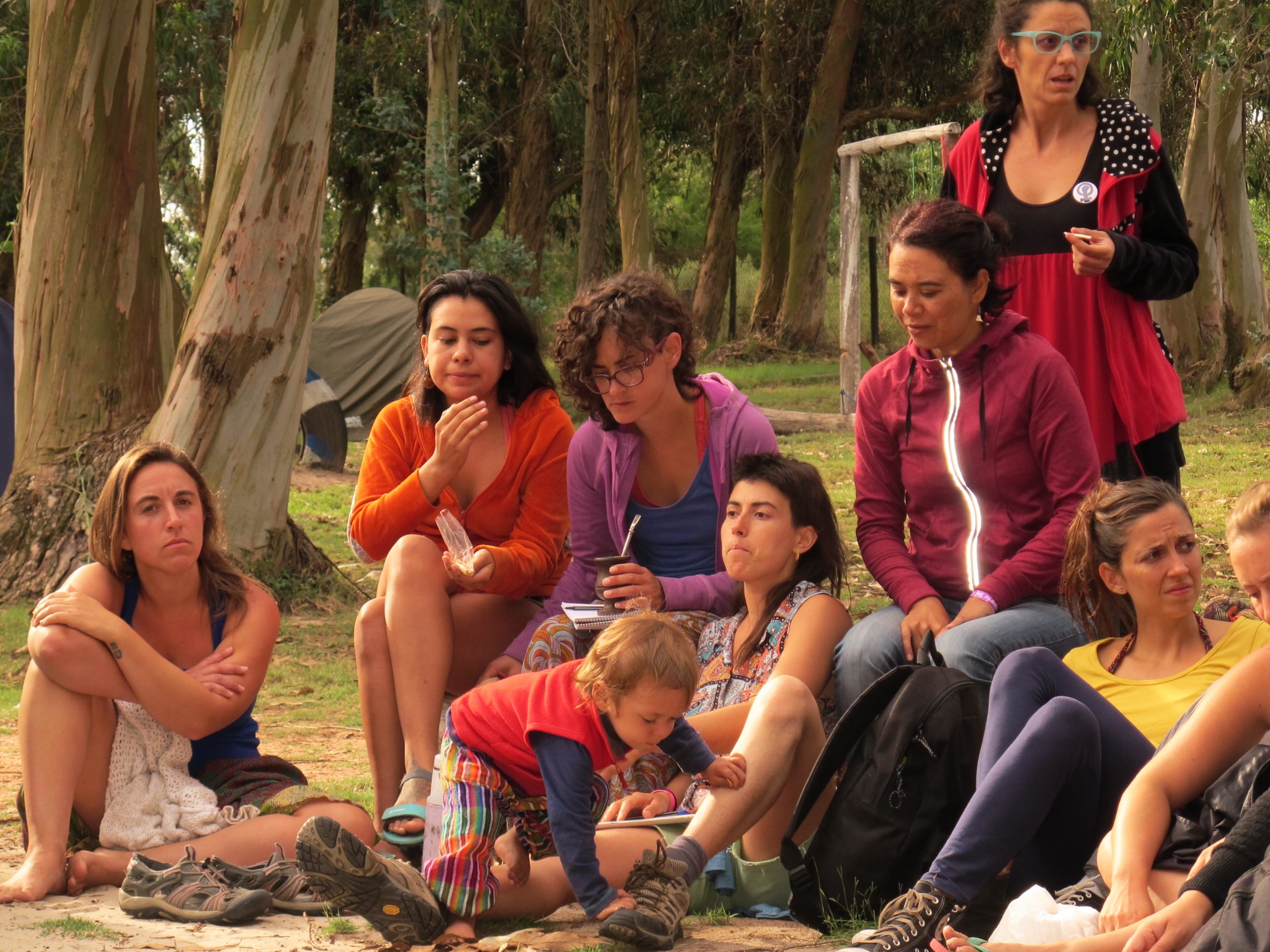 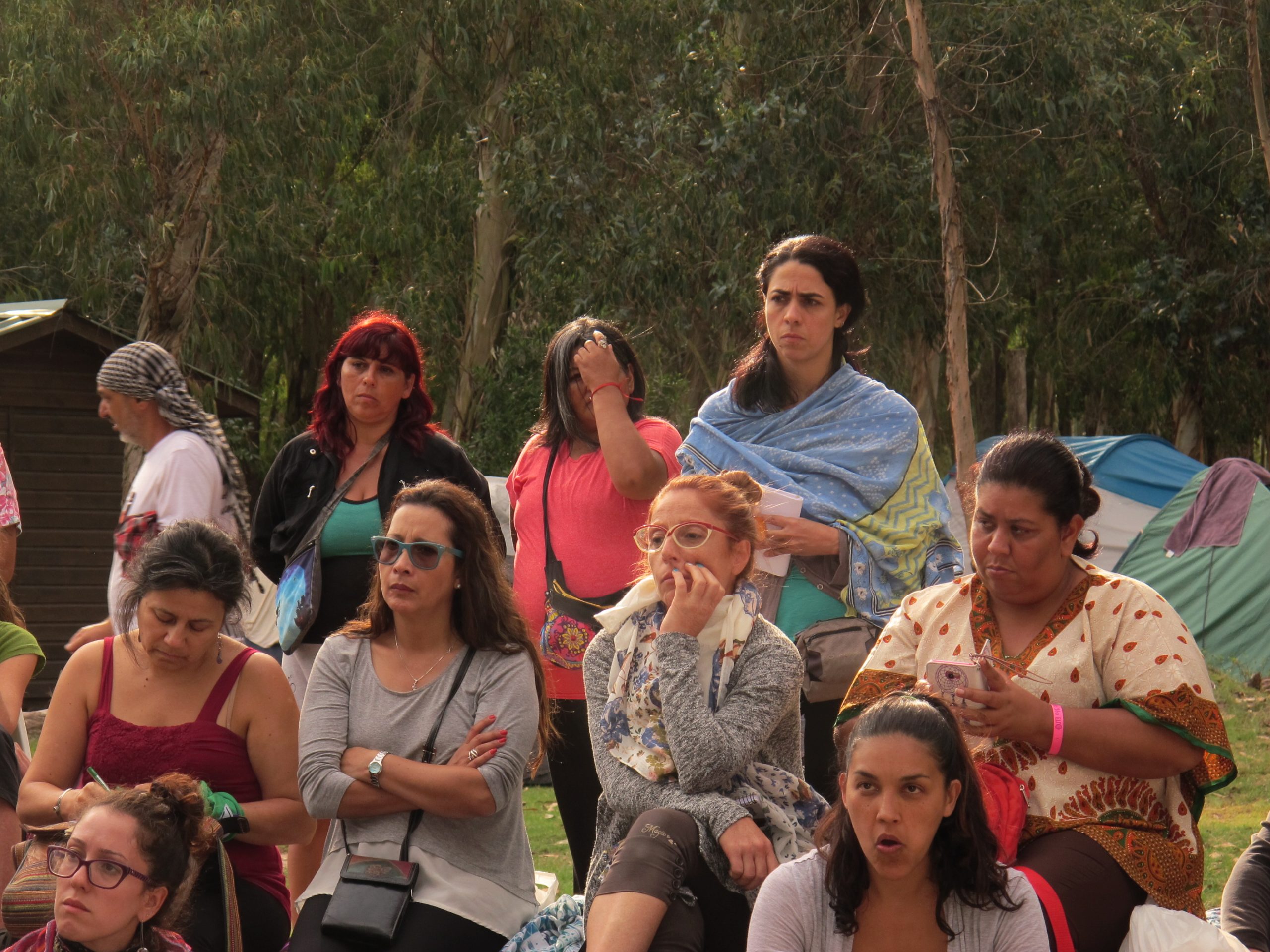 We held our V International Meeting in the early days of the V edition of the ELTO (Theatre of the Oppressed Latin America Encounter), in February 2018, in Montevideo, whose organizing committee was composed mainly of Magdalenas. This was our third international meeting combined with the Latin American meeting, since many of us are part of ReLATO (Theatre of the Oppressed’ Latin America Network). Once again, we arrived with many needs to adjust in a short time. We wanted to review some political dimensions of Ma(g)dalena Network and establish space for methodological exchange. The central discussions were divided into three central axes: machismo, gender identity and racism. In addition to the methodological exchange, we were also dedicated to aesthetic production.